The next day began with another flurry of movement at 3:30a.m from the early starters. The night had been very cold again but our sleep was improved by zipping our sleeping bags together. The Traverse would now enter the side of the park known for having unreliable water supplies, so we spent a good amount of time filling and filtering everything to the maximum. 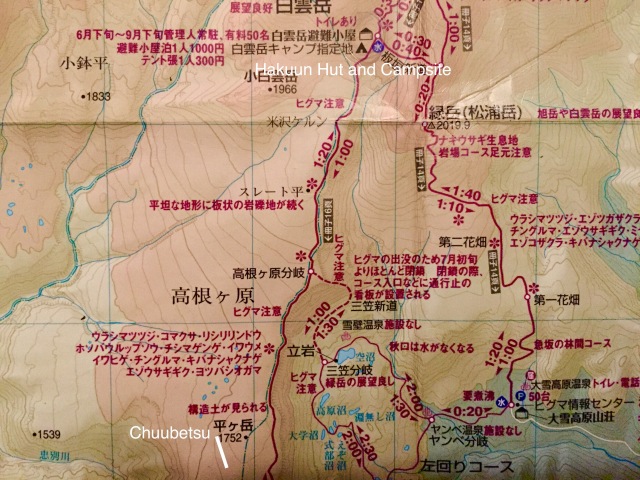 The remainder of the descent into the gorge was scenic and simple, delivering us onto a firm trail that ran along the edge of an endless row of undulating cliffs disappearing into the distance. To our right the edges slid down into a dark, coniferous forest. Swirling patterns of shifted sand were clearly visible from that height, spread in and amongst the collection of clear still snow melt. In the mid distance, tucked into the base of a mountain, a plume of smoke permeated the tree tops. We still can’t quite figure out where it was coming from.

The cliffs took three and a half hours to cross, 30 minutes longer than the map estimate. By the time we approached our first considerable ascent the mountain we had slept on was hazy in the distance. The path had us ascend through rough dry brush that reached above our heads, where we had to pick our way over a network of intertwining roots. Eventually, the brush gave way to a path of wooden sleepers, leading over dried out marshland. The sleepers skirted a pond surrounded by sweeping soft green grass and alpine flowers. Though it appeared to be still this pond was listed as a water source on the map, and functioned as a checkpoint although there was no signpost to be found. As we continued our hike it seemed that bodies of water would always act as checkpoints themselves.

The next ascent led us up Mt. Chuubetsu through the muddy remains of a river. As we continued towards the top the clouds began to roll in and we came across the remains of a monumental rock slide that must have occurred in years past. It tumbled down the mountain side in a swirling river through crease of the valley.

Following on from here the trail soon led us to the peak of Mt. Chuubetsu, the view from which was completely obscured by clouds. Looking back on this peak the next, sunny, day it had an incredible altitude, and probably a stunning vista.

Tumbling down the other side on a loose stone path, we caught our first sight of the hut in the distance; a triangle tin roof with the same burgundy paint as Hakuun. Following the ridge had us circling around the campsite before finally crossing an icy snow bank that hugs the Chuubetsu hut and campsite.

The icy snowdrift provided a reliable stream but it was the smallest we’d seen so far. We took the hint and filled up all our containers after dinner. The on-site toilets were the Asian squat toilets again but with a drop into a large plastic crate. This meant you didn’t have a frosty wind coming up at you from behind but you did have to deal with a foul stench that had nowhere to go. 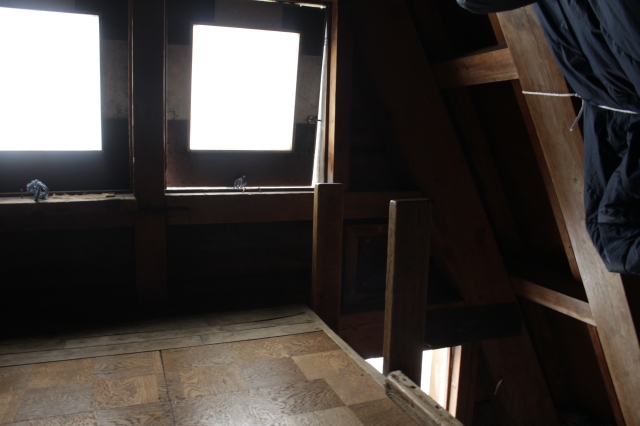 There were two campsites, both small, rocky and on a significant slope.  We decided to stay in the hut; a solid construction of huge wooden beams and a tin roof. Inside the hut each sleeping area was equipped with hooks above the head space, and string washing lines for drying out your belongings. It was immediately warmer inside, and became more so as everyone started cooking. Between the warmth and reassuring solid wooden beams, as opposed to the cold and windy tent, it was the most restful nights’ sleep I had throughout the hike. The camp had all but fallen to sleep by 6, and came to life again at 3am.

~where the elderly go to play mahjong~
Temple of Heaven
Last one I swear! 🌱🐛🐝
.
🌱 Bluebell Season 🌿
~a snap from my saturday shoot with @ionyamazaki to be featured in the upcoming Transitions Exhibition~