We announce the end of class, stand to attention, and bow. Some with more gusto than others, some merely nodding before collapsing into their chairs again. Four girls, in a rehearsed and giggling mass, come up to the lectern. They laugh at each other, and at themselves, look at me, and in unison say ‘happy valentine’s day’ before putting neatly wrapped chocolates in front of me. 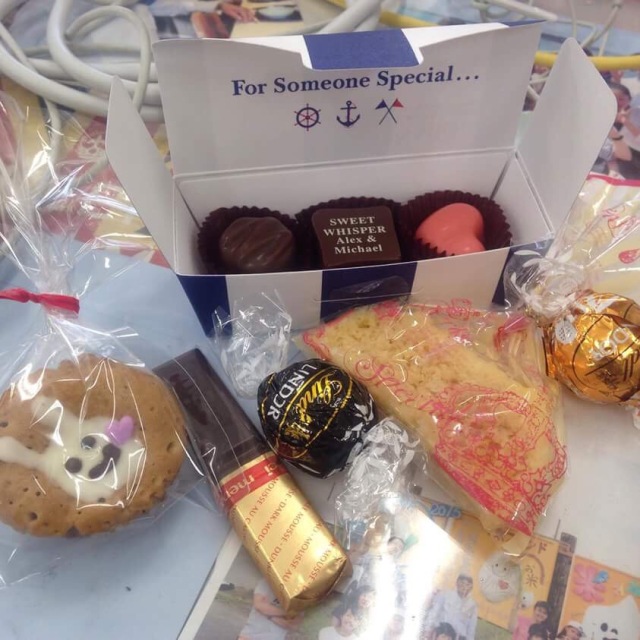 Today is Valentine’s Day in Japan and so I’ve arrived at work to find female students are leaving chocolates on my desk or handing them to me between class. Back home, this would probably be inappropriate at high school level.

But in Japan there’s the tradition of 義理チョコ,’Giri-choco’, otherwise known as Obligation Chocolate. This is a type of chocolate you give to your mother, best friends, colleagues, boss and is almost exclusively given by women to men. This gift shows you value someone and their input in your life. It has absolutely no romantic attachments whatsoever. It’s usually shop bought, and hilariously, unpopular coworkers will often receive the cheapest shop bought chocolates possible. However, in my school some students have baked some treats for their friends.

Then there is 本命チョコ, ‘Honmei-choco’, translated as True Feeling Chocolate. And you can probably guess what that means. This type of chocolate is home-made and has a lot of thought and effort put into it. In the run up to the holiday the seasonal shelves will become stocked with ingredients and baking tools.

Men, on the other hand, are supposed to reply to the chocolate gifts in kind on their corresponding day on March 14th: White Day. It’s traditionally called such as the chocolates wrappings are usually white but there was also a botched attempt by a marshmallow manufacturer to have men return marshmallows, in the 80s, by calling it White Day. Heh.

Whatever happens, I’m hoping that no one will mind me not returning the chocolates on White Day, as I have 950 students, and as of 8:35a.m, 6 bags of chocolate.

There was an error retrieving images from Instagram. An attempt will be remade in a few minutes.